Robin Pascoe and Me

Robin Pascoe, the Expat Expert, has retired. Few will miss her more than I…

We first met ‘on the page’. It seems appropriate now, looking back, that this was how her thousands of fans also met a woman they would soon consider to be a friend.

For Robin did not only ‘speak to’ her audience through her writing, she also began a blog at her website www.expatexpert.com and answered countless queries every day. Then, every year, at least once, she would take the kind of international tour that would freak out anyone other than a rock star – Eastern Europe one year, South America another, not to mention all the speaking engagements for schools, clubs and conferences.

Robin Pascoe was always ‘one of us’. An expatriate partner herself for many years, married to a diplomat, this CBC-trained broadcast journalist kept herself busy by writing during her moves to Bangkok, Seoul, Taipei and Beijing. From starting the first newsletter for expat mothers for the BAMBI group in Bangkok, to writing a novel in China. But it was when she stood on a stage or in front of a camera that her message came alive. Hilariously funny, unafraid of straight-talking, Robin was loved by her audiences who bought her books in the thousands.

And then, this year, she decided to retire. It had been more than a decade since she had repatriated to Canada. She hates flying and also, surprisingly to me at least, she shuns adulation. In 2010, Robin and I were both presented with Trailblazer awards at the Families in Global Transition conference in Houston. After a 12-year friendship and a time during which much of Robin’s life had paralleled mine – indeed, Robin has always claimed we were ‘twins separated at birth’ – it was decided that we would each pay tribute to the other. I have a feeling that they only gave me my award because Robin said she would refuse hers unless I got one too.

It was 1997 and I had been an expatriate myself for ten years. I’d lived in Dubai, Oman and Norway and still I felt like a fish out of water. Sure, I’d had a great time, living in exotic locations, with my fair share of sunshine and opportunity, but somehow I felt dissatisfied. And then I felt dissatisfied with myself for not feeling grateful. Then, someone lent me a copy of Robin’s Culture Shock, a Wife’s Guide published by Times of Singapore. The moment I read that book I realized that what I had been feeling was normal. Later, I devoured her companion book, Culture Shock, a Parent’s Guide and recognized that this was a woman I not only admired but wanted to meet – desperately.

“I began writing,” she explained to me once, sitting at her kitchen table in Vancouver in 2008, “out of anger. It was the eighties and no one told me anything about living overseas. ‘Oh, you’ll have a great time,’ they said. They told us nothing about career, identity, self-esteem and everything that is important to a woman. At the time it was pretty much groundbreaking. They tried to ban it for being too controversial!”

Then I wrote a book called A Career in Your Suitcase, and was invited to speak at the Women on the Move conference in Paris in March 1998. We bumped into each other in a darkened lecture theater, and the rest, you might say, is history. With so much in common, we struck up a firm friendship that manifested itself not only in weekly, if not daily, e-mails, but in seeking each other out at all those conferences. Both authors, we soon both became publishers too as well as workshop presenters and keynote speakers.

Many will think of Robin in terms of what she has done. I will always think of her as who she is. Robin and I have attended many events together and have shared many a hotel room during which times she introduced me to many Yiddish words that have now entered my vocabulary. ‘Schlepping’ is my favorite. You see, one of the hazards of our trade is having to ship and transport boxes of books, into auditoriums, through airports, into and out of cars and, the funniest of all, up six flights of stairs in a London bed and breakfast. When we finally reached our rooms we collapsed in an exhausted heap of giggles and acknowledged we had to be nuts to do what we do. I still have a stack of her books in my house if anyone wants one by the way!

“I wanted to help women be able to make an informed decision about moving abroad and I felt it was time to start addressing some of the emotional adjustments of culture shock. Somebody had to write about it and I thought, okay, it’d better be me,” she said.

When Robin declared she was going to retire, no one could quite believe her, myself included. But then, Robin has never realized quite how wise she is, nor how hungry expat women are for her words. Self-effacing to the last she never quite bought into the height of her reputation.

“I do it because I’m crazy. People started calling me the ‘self-proclaimed expat expert’ and I laughed. All I’d done was buy the domain name.”

Good news. Robin may have left expat expert behind, but she is still very much alive as a writer. Her recent blogella The Rest of My Life is an hilarious read and she has many other projects in the pipeline.

This was the first of the books to be published by her imprint, Expatriate Press, and I had the honor of editing it when I had repatriated myself. Many are in denial about the blow that going home can give to your confidence, identity and attitude. Read this before you leave rather than when, like Robin, you find yourself surrounded by moving boxes, lying listless on the couch, while your new puppy herds the furniture.

After a comprehensive survey in which she collated first-hand accounts from married people of many nationalities, Robin wrote this book, inserted the wisdom of psychologists, intercultural gurus and lawyers and created a hard-hitting look at how tough it can be to move your marriage round the world and then take it home again, intact. As always, her husband, Rodney, is the willing brunt of many of her jokes.

Based on her earlier Parent’s Guide, this too began with a survey and is filled with stories from her own child-rearing days, bringing up two Third Culture Kids of her own overseas. Frank and funny, she declares that when you have expat kids likely ‘one will go off and want to change the world while the other will want to live in your basement’. You will be pleased to know that her world-changer just got married and her basement-dweller moved out earlier this year.

This reworked Wife’s Guide has a cover that illustrates perfectly how Pascoe sees her life – down to earth and crazy enough to be taken to a talk she was giving at the Amsterdam American Women’s Club in a bakfiets. This is the ultimate guide for the expatriate wife. With many stories from her own life and the wisdom of experts, this is a book in which to find yourself. 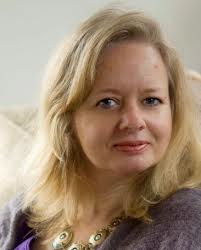