Portrait Gallery of the Golden Age 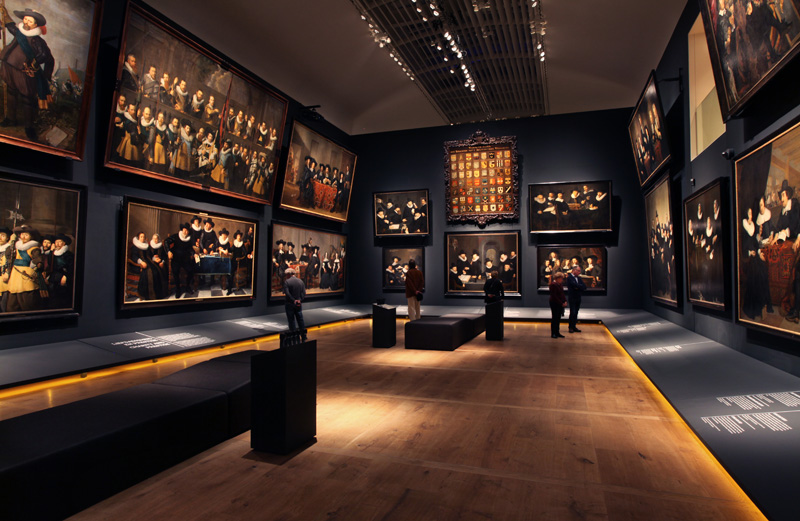 Thirty colossal, 17th-century group portraits from the Amsterdam Museum and the Rijksmuseum

collections have been brought together for the first time ever in the Hermitage Amsterdam. These ‘brothers and sisters’ of the Night Watch are unique all across the world and, due to their size, are rarely seen by the public. They show us regents, civic guards and merchants of all ranks, social classes and religions, standing together as brothers. Rembrandt’s The Anatomy Lesson of Dr Deijman and portraits of Civic Guards including Govert Flinck and Nicolaes Pickenoy are but a few examples of the works of art that are on view in the Portrait Gallery of the Golden Age.

Together, they illustrate the story of collective citizenship that is so typical of the Netherlands.

It’s as if they are holding up a mirror to contemporary Dutch society; because the relationships

between the people of the time formed the basis of the standards and conventions of today.