From the Point of View of… Bryna Hellmann 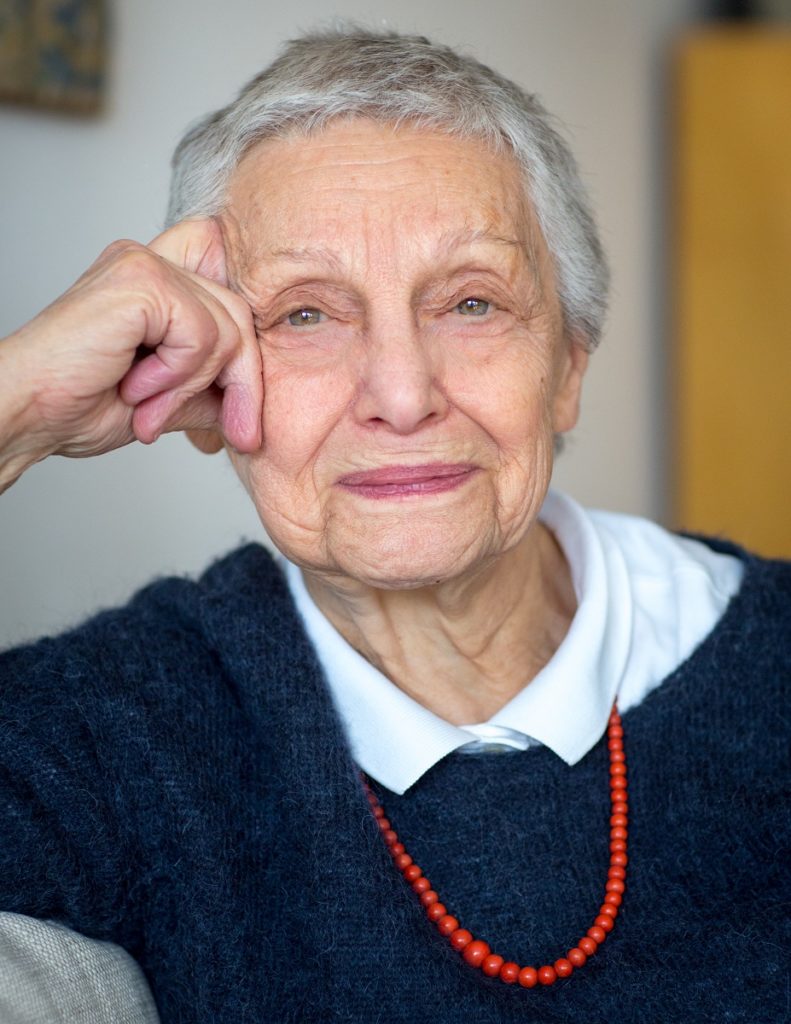 “I have really marvelous memories of my life,” Bryna tells. “I’ve written in my books that poor children don’t know they’re poor – they don’t think, ‘I’m deprived and I don’t have what other people have’. And it’s up to the parents to protect them from that thought. Whatever you have, it’s enough. That’s the way I was brought up. We lived in back of the shop that my mother ran – she was a manager of a bakery – and when the food came in every morning, we were allowed to pick out one thing on the way to school. I had a blueberry muffin every day. That was my favorite.”

“I think that without my intending it, I’ve written about brave and resourceful women and girls. That’s what really interests me and that’s what I can do. I used to say to my students: ‘I want you to be a survivor, someone who can handle whatever comes along, who can make the best of whatever she gets.’ And I think that that is what my books are about.” Would Bryna consider herself a feminist? “I think that the first wave of feminism was important. It gave women a feeling of ‘You are somebody. You’re not just somebody’s daughter, wife, or mother’. My generation needed to break out of that prison of being what everyone expected women to be. I never had that problem. Never once, in my entire life, did I feel, ‘Oh well, that’s what women do’. Or ‘I don’t think I can do that’. I just did what I wanted to do. The objection that I had, though, was that feminism was for the protected classes. It had nothing to do with all of those women who were trying desperately to pay the bills or put shoes on their kids. It had nothing to do with black women, or working-class women. It was all about middle-class women who were supposed to be able to ‘fulfill their potential’. That really bothered me.”

Bryna’s books can be ordered online via the American Book Center. They’re also available in-store, or directly from Bryna. Contact The XPat Journal if you wish to know her e-mail address.