Three years ago, the American International School of Rotterdam (AISR) started offering an expanded mother-tongue language program in grades PreK1 – 5 (ages 3-11). Since 2013-2014, the AISR has expanded the mother-tongue program to include French, German, Italian, Japanese, Mandarin, Russian and Spanish. To this purpose, the school has created dedicated language classrooms, and hires qualified native-speaker teachers.

The language philosophy, which is based on a wealth of educational research, emphasizes the fact that recognition of a child’s home culture and native language is an important feature of any language learning approach. Provisioning maintenance and further development of the native language also helps address many of the social, emotional and academic needs of the child. Children who maintain their first language can extend their cognitive development, and as such will be able to learn another language much easier and faster. Literacy in one’s first language thus supports literacy in second and additional languages. 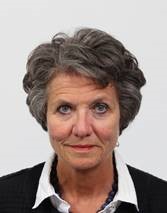