Expats who are looking for temporary accommodation can be challenged with unforeseen circumstances once they commit to a rental property. What you see is not always what you get, especially if the owner turns out to be a tad unreliable.

VERBORGEN GEBREKEN is a well-known concept in Dutch real estate, but the exact translation to English does not quite carry the same shady undertone. According to Michael R. Concister (lawyer) one could say that a hidden or ‘latent’ defect is a defect that is invisible to the naked eye and that exists at the time of the sale or rental.

To be more specific: the defect is not apparent or obvious to a prospective buyer or tenant during viewings and negotiations and is such that it reduces the usefulness of the sale/rental such that had the buyer/tenant been aware of the hidden defect, he or she would not have paid so high a price, or may not have purchased or rented the property altogether.

Being an independent agent who is the sole representative of tenant throughout the entire rental process, I would like to use a few anecdotes to highlight a number of possible hidden defects of another nature you could be confronted with in case of a rental.

After a careful selection, Sandra and Joseph chose a lovely house on a great location. The house was exactly what they wanted. The moving date was planned one month later and the owner agreed to have the walls painted, shampoo the carpets, empty the cellar and install more storage cabinets in the kitchen and bathrooms. We double-checked several times, but the listed agent reassured us that all would be ready on time. Experiencing their first relocation to Holland, Sandra and Joseph were very excited when we met at the house on the day of the hand-over. The moving truck would be delivering their furniture the next morning at 7 A.M. As soon as we stepped inside I saw the owner walking around in an old pair of jeans. The house was in complete disorder. Steps, tools, carton boxes and cans of paint were spread around the entire house. He apologized for his outfit and continued with what he was doing. None of the conditions he had agreed to had been carried out. The house was not clean. The heating had not been serviced, the painting had not been done and he was desperately trying to put the cabinets together. Sandra was in shock. “How are we to move in tomorrow!” she exclaimed. “No problem,” said the owner, “I have the whole day to finish.” “And all night,” I replied. “We will come back later this afternoon to check on the status.” He did manage to do the most important things, but it took weeks before all had been taken care of. Consequently this was a bad start which caused irritation that lasted throughout the entire tenancy period. He would come in to check without warning and failed to reply when they tried to contact him. Furthermore, he was reluctant to take care of even the smallest of issues, such as a wobbly toilet seat, a loose handrail and a noisy ventilation unit in the kitchen.

The house was great and exactly what they wanted, but the owner’s character proved to be a ‘hidden defect’, invisible to the naked eye but surely existing at the time of rental.

At the end of the five-year tenancy, I assisted Sandra and Joseph with the check-out. The owner was there again, in his jeans, pointing out water stains on the parquet floor, discolored curtains and scratches on the woodwork of the sliding doors. Fortunately we had a thorough condition report with pictures that we had taken when they moved in. There was some discussion, however, about the stains on the wooden floor. How could Sandra be held responsible for that? She had left the window open while doing the laundry upstairs. Meanwhile it had started to rain and when she came downstairs the rain had created a dark spot on the floor. Same for the damaged doors. While moving a large bookcase unit from the living room to the dining room, it had fallen against the door en damaged the woodwork. I asked her if she had informed the owner of this immediately after it had happened. Because if he had house and contents insurance with the extra tenants risk his insurance would surely cover these accidents. Most owners are not aware of this obligation; if they pay the extra few hundred euros they are fully insured for any damage due to accidents caused by their tenant, within reason of course. The tenant, however, must inform the owner immediately after the accident occurs and not four years later.

Insurance is therefore an important matter and can be a ‘hidden defect’ when you try to get your deposit reimbursed. A tenant cannot insure possessions that do not belong to him and his liability insurance (WA) does not cover damage to rented furniture, furnishings and property either. Only the owner can make sure damage to his possessions, accidently caused by the tenant, is covered by the owner’s insurance. He can then reimburse the deposit without discussion.

Another hidden defect can be the heating system. Say, the main reason you rented a particular property was for the basement, which had been converted into an extra TV/family room. The lease started in July when it was warm. In November you find out that the basement is cold and cannot be properly used until summer again. The owner should have mentioned this before you committed to the house. If he is reluctant to install a higher capacity boiler you will be stuck with half a house during the winter, while paying the full price. In your tenancy agreement it has been negotiated that you can move out after a year, but who wants to go through all that hassle for the few years you have left living in this country?

Homeowners have experienced golden years. Rental prices were sky high with revenues between 6 and 10%. Since the financial crisis, however, the real estate market has been unstable and in 2012 rental prices have dropped 10 to 15% compared to previous years. Property owners are not sure how to protect their investment and some have financial problems. Their mortgage bank might even be threatening to sell the property. Tenants, however, can be assured that the existing tenancy agreement will always be honored, even if a sale is inevitable. It just means that they will have a new owner to deal with. Only in the extreme case that the owner has not informed the mortgage bank that he has leased out the property while he cannot or will not fulfill his financial obligations, thus obligating the bank to sell, will the tenant have to vacate the property.

I would like to emphasize that homeowners offering a property on the rental market should be very happy to have a good tenant and not try to save money on the smallest of issues. A positive approach towards tenants together with a realistic price tag will secure their investment so much better than an empty overpriced home.

Fortunately I have numerous stories about happy tenants who are thoroughly enjoying their home, owned by helpful landlords. Hidden defects have been taken care of and have now become a well-kept secret! 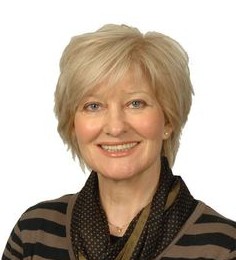