Most of my corporate presentations these days are fairly predictable and I suppose this one was no different – the room was configured in the usual way, with the long rows of chairs obediently facing the speaker’s podium, the huge PowerPoint screen hovering as backdrop, the pitcher of water by my side. Even the timing was the same: as so often happens, I was only given fifteen minutes to dazzle the audience–but the fact that they were all wearing camouflage uniforms and black berets, and that we were in an army barrack on the outskirts of some obscure Dutch village, made my performance unique, to say the least.

I had been hired by Egon Beeart, a communications officer from the Dutch Ministry of Defense, to perform one of my original stories, Leaving, alongside him that day in January of 2011. Egon was about to present his yearlong research, condemning the defense department’s current organizational model and recommending a major paradigm shift among top brass from a Command and Control model to one of Connect and Collaborate.

Leaving is a modern retelling of the Exodus story, although in my version, Moses leads the Israelites out of Egypt walking backwards (…“As Jews, we love to walk in to the future while focusing on the horrors of the past.”) The story is about making pro-active, not reactive change, and the price we pay if we don’t.

Egon knew he was courting trouble with his findings. He wanted support from someone who was clearly outside the system yet whose message echoed his own. So he chose me as his sidekick, a brash New York storyteller, who no longer took pains to fit in to Dutch culture. By the time I took the stage that day, I was fully aware of my role and value in the Netherlands – as a foil for Dutch employees who are trying to change things from within without having to change themselves from without.

When I first arrived here ten years ago with my one-woman show, What Mother Never Told Me, an autobiographical work documenting my personal experiences growing up as the child of a Holocaust survivor, I couldn’t have imagined that a decade later I would move here. I was still working as a storyteller in residence at the Museum of the City of New York, bringing their historical exhibitions to life through storytelling performances, while performing my own original works on the side.

Yet something different happened to me during that two-week run in Amsterdam in 2002. I felt understood for the first time in my life. The audience didn’t just enjoy my words, they grasped them in a way my American audiences never had.

In Holland, gentiles and Jews alike know what it means to be a child of war. My audience seemed to posses the same sadness in their eyes as my mother, and the same cynical worldview I had inherited from her; they understood that evil isn’t something you defeat, it’s something you live with. It was a more sophisticated, grown-up version of an American audience. I felt at home for the first time in my life, and I was determined to return.

When I finally made the move to Amsterdam in 2010, I started my own company, StoryStrategies.net, aimed at helping individuals and institutions find and deliver their stories more effectively. Performing was no longer the vehicle through which I wanted to reach people, but using those skills I had acquired as a storyteller and writer was.

Ask any expat and they’ll tell you they feel like they are lost in some bad dream the first year they arrive. I was no exception, floundering about like a fish on land, struggling with the language, but even more daunted by the unspoken cues that I was supposed to understand but didn’t.

My first job was with JMW (Joods Maatschappelijk Werk), a Jewish Social work agency. They wanted me to train social workers in how to tap into the stories of their Jewish clients who were protecting dark secrets they carried from the war years. ‘Story extraction’ was my specialty, having done it with countless groups in the United States, from refugees to abuse victims to traumatized families, and I felt confident I could give these Dutch social workers all sorts of great tools. I put them through an intense interactive session, drawing out painful, private stories from one another with my original techniques.

By the end of the workshop, I was glowing with pride at the great work I had done with them. They, on the other hand, were absolutely horrified by it. “What right do you have to go so deep? You don’t even know us!” they shouted, practically in unison.

It was my first jolt of professional culture shock in the Netherlands. Whereas in America, publicly pouring your heart out is lauded, here it’s shunned. Whereas victimization is rewarded in the States (you don’t get a book contract or get interviewed by Oprah unless you’ve been victimized), here it is nothing to boast about.

Being an open book and sharing one’s woes are so endemic to American culture (and so profitable, I might add) that I had internalized their value. Not so here, where sticking out and calling attention to oneself, is seen as boastful, self-involved, and well, ‘American’. If I were going to continue working in this culture, fueled by Calvinist modesty, I would have to unlearn those American behaviors and assumptions I had arrived with. 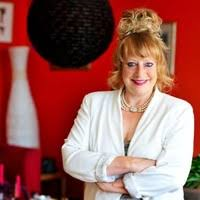