It’s in the numbers! 2013 in Amsterdam adds up to some magnificent and significant milestones, to be celebrated by multiple events, exhibitions and concerts throughout the year.

One of the most remarkable milestones is the 400th anniversary of Amsterdam’s Canal Ring, which was awarded UNESCO World Heritage-status in 2010. Over the centuries, these 80-km long waterways have shaped the geography and growth of the city, known for its diverse population and the liberal outlook of its people. The Amsterdam canals are unique: a work of art attesting to outstanding city planning and architecture that aptly expresses the growth and success of Amsterdam in the Dutch Golden Age. Large city celebrations such as Queens’s Day on April 30, and Gay Pride on August 3, take place on the canals. During 2013, the canals will be a hotspot for concerts, art and festivals, as well as the subject of several special exhibitions.

Currently, until September 2013, the Amsterdam Museum is presenting an elaborate exhibition on The Golden Age. Using all of the latest presentation techniques, it allows visitors to learn about this crucial century of global trade. Its exhibits detail the story of trade and merchants, the VOC ships that transported goods, economic growth in Amsterdam, wealth, religious diversity, masterful artworks and, of course, the construction of Amsterdam’s Canal Ring.

Many of the houses alongside Amsterdam’s canals have also enjoyed a glorious past. These canal houses have been home to the rich, endured many historic events, and today, behind their amazing façades, you can find many museums and inner gardens. You can explore the 400-year history of these monuments and secret green spaces during special open garden days. www.opentuinendagen.nl

The Rijksmuseum has been a working museum for more than 125 years. The current building, which was designed by the architect Pierre Cuypers, was opened in 1885. Following 10 years of construction, renovation and restoration, the renewed Rijksmuseum will reopen to the public on April 14. With a fully renovated building, new public facilities, a newly landscaped garden, and Rembrandt’s The Night Watch returning to its original gallery, an anticipated 2 million visitors can traverse 1.5 kilometers of art and history through 80 halls displaying 8,000 pieces, telling the 800-year history of Amsterdam from the Middle Ages to the present day.

Following internal renovations, 160 years after Van Gogh’s birth and 40 years since the museum opened, The Van Gogh Museum will reopen on May 1. The museum features the world’s largest collection of drawings, paintings and letters by the artist, alongside works by Van Gogh’s contemporaries. With 1.6 million visitors annually, it is one of the world’s 25 most-visited museums. During the renovations, an extensive collection of Van Gogh’s works will temporarily be on display at the Hermitage Amsterdam until April 2013.

Artis Royal Zoo is a city park and a peaceful oasis in the center of Amsterdam. Founded in 1838, the zoo, which is celebrating its 175th anniversary, is the current habitat of 6,100 animals, representing approximately 900 different species. Every Saturday in June, July and August, ZOOmeravonden (Summer Evenings) at Artis allows visitors to learn what the animals get up to after-hours by staying open until sunset. Nearby, Hortus Botanicus, the royal botanical gardens, established 375 years ago, showcase many exotic species of plants originally brought here by VOC ships. Although the Hortus is just 1.2 hectares in size, the number of plants is enormous. In fact, there are more than 6,000 of them (over 4,000 species) in the garden and its seven greenhouses.

Opened in April 1888, the Concertgebouw is a musical superstar, famed for its unique acoustics. Every year, more than 700 concerts are held at the Concertgebouw, with internationally acclaimed soloists, orchestras and conductors regularly gracing the stage. The renowned orchestra of 120 musicians celebrates its 125th anniversary with a world tour taking in six continents. They will furthermore perform at the Prinsengracht Concert, during the Grachten Festival, which takes place from August 16 to August 24. Numerous other special musical events, such as the 10-day Canal Festival and the 140,000 dancing visitors of the Amsterdam Dance Event will also entertain music lovers.

On July 1, 2013, it will be exactly 150 years since Dutch slavery was abolished in the former colonies of Suriname and the Dutch Antilles. The national remembrance ceremony and colorful Koti Keti festival will take place in Oosterpark, as it has since 2000. Some 60,000 people are expected to attend. In the Tropenmuseum, October 18 will see the opening of the exhibition Emancipation in Black and White. Due to the pivotal role that Amsterdam played in the history of slavery, the city is keen to bring broad attention to the anniversary and the significance of the abolition. The Stichting Herdenking Slavernijverleden 2013 (Foundation for the Commemoration of Slavery 2013) has been set up to prepare a varied program of events.

Felix Meritis was founded in 1788 as a ‘temple of enlightenment’ – a center for international art, culture, trade and science – and will celebrating its 225th anniversary with a series of special readings, exhibitions, educational programs and guided tours under the starry skies. The Observatory of Felix Meritis is the oldest scientific observatory in the Netherlands, but this secret spot on the building’s roof hasn’t been open to the public for more than 200 years. That changes this year, however, when it becomes a special observation point in the city.

In 2013, the Netherlands, Russia, and the City of Amsterdam will celebrate their special relationship. The two countries have been major trading partners since the Dutch Golden Age, and their ties have grown stronger over the past four centuries.
In 2009, the Hermitage Amsterdam opened the only European satellite of the famous St. Petersburg museum. Czar Peter the Great started collecting art as a young man, with the acquisition of a work by Rembrandt planting the seed for St. Petersburg’s later Hermitage collection. It was Amsterdam, in particular, that inspired him to found his new capital. An enthusiastic traveler, he visited the Dutch Republic in 1697 and 1717, studying ship building in Zaandam.

In March 2013, the impressive new exhibition Peter the Great opened in the Hermitage Amsterdam. Featuring art, priceless exhibits and the Tsar’s personal effects, the exhibition runs from March 9 until September 13. There are also many related festivities involving the newly renovated Czar Peter House in Zaandam. Together, these activities form the core of the 2013 theme of Netherlands-Russia Year. After all, let’s not forget that the Dutch royal family includes a Russian queen; Anna Paulowna, “Her Imperial Highness Grand Duchess Anna Pavlovna of Russia”, who married the Prince of Orange – the later King William II – in 1816.

This year, Amsterdam invites visitors to explore – and participate in – the past, present and future of the city. Eye-catching events will include art exhibitions (featuring artists from the Golden Age to rising stars), various concerts (from classical to rock, and from concert halls to city parks), new ways of seeing the city (such as 24H Amsterdam, Hotel Night, Museum Night), the art manifestation Chambres de Canaux processions (including spectacular flower tributes through the city), and international sporting events (both in traditional arenas and on the city’s streets and canals). So don’t miss out! 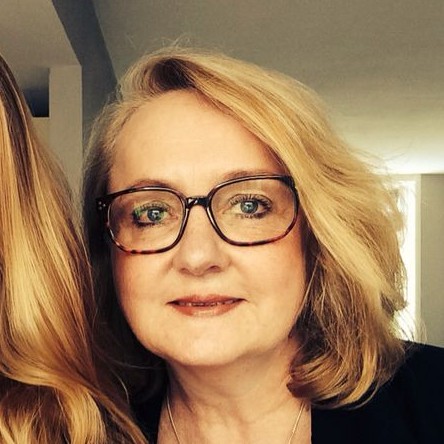