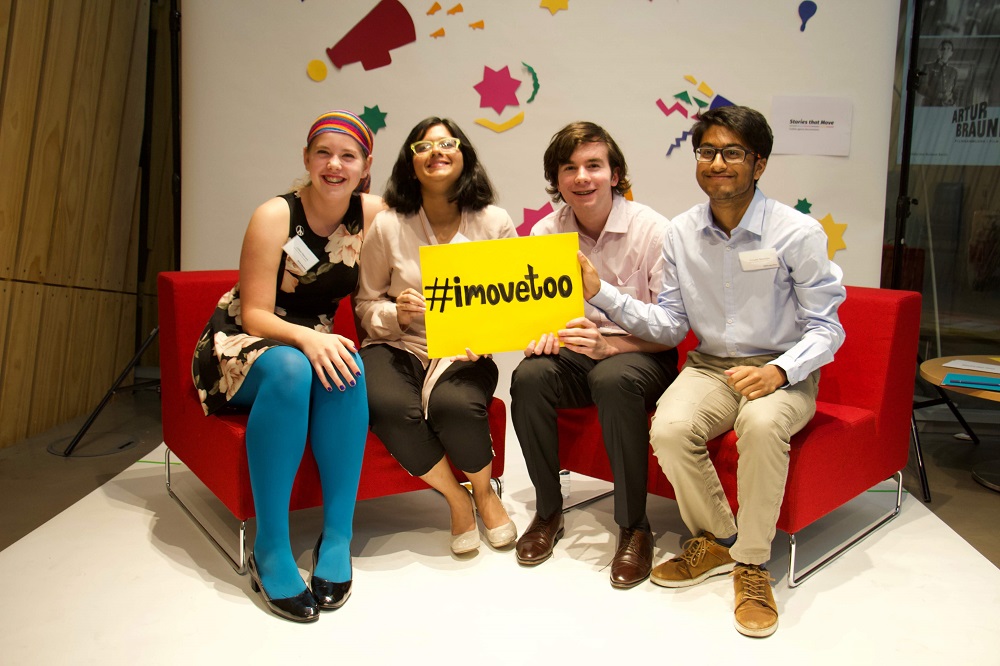 How It All Began

The Stories that Move project, an anti-discrimination campaign and curriculum created by the Anne Frank Foundation in cooperation with ISA, has proven to be a mark of true innovation in education. A free, online tool and curriculum available in seven languages, Stories that Move is available for any person or organisation that wishes to combat discrimination. The aim of the project is to create a framework and space for safe, open dialogue about identity and discrimination, and to inspire students to take positive action in local and/or global communities. Aimed at middle and high school students, it does an excellent job of underscoring the principles of the IB MYP.

The initiative originated from an international youth voices conference in Berlin in 2013. After the success of the conference, the project leaders were inspired to build upon the powerful messages of hope from the young participants, resulting in Stories that Move. To ensure its success, they chose to seek out additional partners and approached the International School of Amsterdam (ISA), which

became a project partner in 2015, shortly before the Stories that Move project was officially launched.